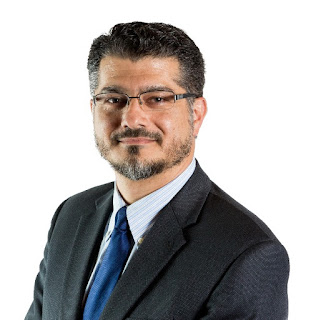 Hussam has been a lifelong human rights activist who is passionate about promoting  democratic societies, in the US and worldwide, in which all people, including immigrants, workers, minorities, and the needy enjoy freedom, justice, economic justice, respect, and equality.

Hussam holds a B.S. degree in Aerospace Engineering from University of Texas, Austin in 1994 and an M.B.A. degree from California State University, Fullerton in 1999. 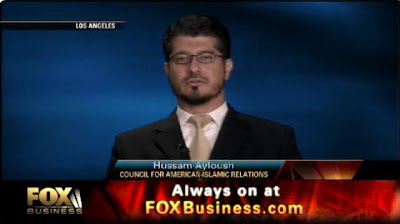 Mr. Ayloush is a regular speaker at many California colleges, schools, Islamic centers, churches, conferences, and universities. As someone whose own close family members include Muslims, Catholics, Protestants, Orthodox Christians, , Mormons and Jews, Hussam is an active member of various interfaith groups promoting pluralism, dialogue, understanding and cooperation among America's and our world's diverse faith communities. Hussam is a member of the West Coast Muslim-Catholic Dialogue and the Abrahamic Faith Peacemaking Initiative.

Hussam was recently elected as a delegate for the 60th Assembly District and Executive Board member to the CA Democratic Party (CDP) for a third term and earlier as a delegate to the Democratic National Convention (DNC) in 2012.  Through CAIR's work of education and engagement, Hussam maintains close contact with public officials and various law enforcement agencies to ensure a better understanding and treatment of Muslim. He serves on the board of the Muslim American Homeland Security Congress (MAHSC) (read news report). He also formerly served on the Multi-Cultural Advisory Council (MCAC) (read news report) which advises the Los Angeles bureau of the FBI. 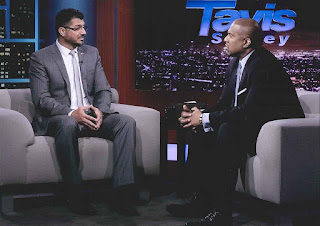 Since its inception and until recently, Hussam proudly served on the board of directors of ACCESS California a leading non-profit organization providing social services to low income and under-served communities in Southern California.  In 2012, Ayloush completed eight years of serving on the national board of the Interfaith Worker Justice (IWJ), a Chicago-based organization that campaigns to improve benefits and working conditions for low-wage workers.


He currently serves on the Advisory Board of the Orange County chapter of Asian Americans Advancing Justice (AAAJ). He is the past National Chairman of the Syrian American Council (SAC), an organization that advocates for democracy and human rights in Syria.


In late 2016, Hussam was chosen by the Orange County Register as one of the “100 Most Influential” individuals in Orange County. In 2017, Hussam sued President Donald Trump to challenge his "Muslim Ban" Executive Orders.

He currently lives in Corona with his wife and 5 children.

Council on American-Islamic Relations
CAIR is the largest national grassroots organization dedicated to presenting an Islamic perspective on issues of importance to the American public. CAIR was established to promote an accurate image of Islam and Muslims in America through media work, conferences and seminars, publications, action alerts, research, anti-discrimination work, government relations, and interfaith relations.


Click to read about CAIR's Mission, Vision, and Core Principles
Posted by Hussam Ayloush at 10:05 AM

Email ThisBlogThis!Share to TwitterShare to FacebookShare to Pinterest
Labels: ayloush

Hussam the man! He finally has a blog!

"Empeor Bush"? Puhleaze! You have just joined the Chavez crowd. Hardly a credit to being an American, now is it?

Today I saw a recording of Hussam Ayloush speaking to at an organization in SoCal.

Although the 60 minute talk was interesting and confidently delivered, IMO a liberal bias was undisguisable: i.e. his reference to "neocons", praise of Jimmy Carter, his quip
"I won't mention names - I don't want to end up in Guantanamo", etc.

He defined "jihad" as "making yourself a better person"? To me that is different than: "Literally jihad means doing one’s utmost to realize a goal".

It had not occured to me to connect "jihad"
and "peace"? Hmmm!

I wonder if those who claimed to be patriots, religious, God-fearing and people of faith during the dark times of slavery, actually used the same convenient reasoning to dehumanize, hate, torture, and lynch black Americans then, as they are using today with other people of different colors, races, religions and backgrounds!!!

Our fellow black Americans didn’t do anything to deserve the treatment they received then and still do to quite an extent today in many different forms, by their "superior" counterpart race, the Anglo-Saxons!

Again, why those of the same strand as of the KKK, Nazis and the likes must hate the Native Indians (the only genuine Americans), Blacks, Mexicans, Asians, French, Canadians, Middle Easterners, Jews, Muslims, Arab Christians and every other ethnicity out there? You didn’t really need a Pearl Harbor or Sep.11 to hate any of them if that what you needed - a reason to hate! You hate them because your heart unfortunately does not see anything but that, the ugly hate!

Do you want me to educate you on the nastiest atrocities committed by different nations throughout history in the name of religion or nationalism where Muslims were actually the victims of these so-called armies of “God”? Why don’t you read history before you write fictions and claim falsehood?

My recommendation to you Sir and to those who have similar hearts is to look into the mirror before you claim anyone is a “cancer” or enemy of our civilization, because true cancer and the real enemy of our planet are people who have nothing to offer or positive thing to contribute with other than blind hate, anger and destruction (regardless of who they are or what religion they supposedly belong to)!

Hosam – Yes, a very proud Muslim-American, whether you like it or not, Sir!

Hussain, you are a true fighter against bigotry just as you were back then...Cheers!